What is a C-Hook?

Do you ever find yourself wondering, “Gee, it would be nice if Mastercam did ____” ? [fill in blank some feature that would be really handy] Well, there’s a good chance that it already does. That feature may be available as a C-Hook.

For those of you who don’t know what a C-Hook is, it is a utility program that is designed to extend Mastercam. C-Hooks are basically apps for Mastercam—except we’ve been doing it since the 1990s (before apps were so hip). There are many C-Hooks available from 3rd-party developers, but the Mastercam install also includes a large library of C-Hooks. Mastercam even lets you add your favorite C-Hooks to the right-click menu or a toolbar.

An example of a Mastercam C-Hook is our Gear App. You can use this Gear C-Hook to create a single tooth or all teeth of an involute spur or internal gear. It also computes the roll measurement for checking the gear. 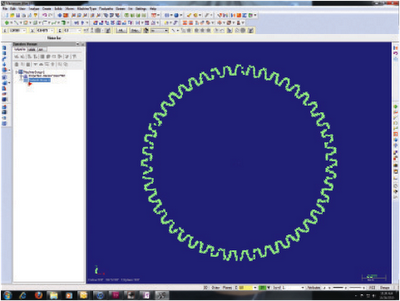 The values are saved in the parameter file referenced in the dialog box so that they will persist between Mastercam sessions. Change the name to recall parameters from a different gear.